Structural unity was everything; and, as Beethoven rethought orchestral weight and balance — new prominence given to woodwind and brass, the score scattered with his soon-to-be trademark sforzandos — the symphonic game was afoot.

His primer on the First Symphony laid down a basic interpretative rule of thumb: dislocating the time was verboten and tempo relationships must always be kept in proportion. To allow the new tempo to bed in, Weingartner suggested a steady, subliminal accelerando through the opening bars of the Allegro con brio ; and, up to a point, his October recording with the Vienna Philharmonic demonstrates the soundness of his advice. His essay recommends that the tempo be kept steady during the repeat of the exposition but, presumably because of time restrictions on 78rpm recordings, Weingartner cuts the repeat.

True enough, no conductor today would stress the slurs that Beethoven writes into the string parts in the Andante but, occasional period features like that aside, Toscanini remains perpetually contemporary. And, ja Herr Weingartner, Toscanini does nudge slightly forwards in the exposition of the first movement but more subtly than you, his tempo suspended expertly — just right with a hint of recklessness.

His finale is surprisingly Haydnesque; but where Weingartner neatly tucks in moments of harmonic rupture, Toscanini wants you to feel the storms. The emotive push-pull of the Adagio molto , to my ears, feels overcooked and the Allegro con brio drags. But then he lightens up during his high-velocity Scherzo and finale, steering the piece back towards Haydn.

And what a pity about that extraneous external noise — a car horn perhaps? Eight years later, now firmly established as music director of the Berlin Philharmonic, he began a second Beethoven cycle. Of the three cycles from Eugen Jochum , his Beethoven First with the Concertgebouw Orchestra feels most satisfying and acts as the perfect antidote to Klemperer.

Although no Toscanini or Karajan when it comes to speedy tempi, Jochum is infinitely more flexible than Klemperer, unafraid to hold back where necessary, and something more humane emerges. That might make a comeback? Christopher Hogwood in — recorded, as it happens, nearly 30 years to the day in the Kingsway Hall after Karajan and the Philharmonia — deployed a piece Academy of Ancient Music which he directed from the fortepiano.

Hogwood avoids stealing time in the name of expressivity — once set, the pulse is the pulse is the pulse. The roughed-up sound — timpani hollering, brass producing a tone nothing like a conventional orchestral section — was a shock at the time, but Norrington relished explaining himself in the media. But the theatre of the Scherzo and finale clearly appeal to Gardiner; I love the chivalrous call-and-response woodwind and strings in the third movement, and the chattering, shattering, clattering grandeur of the finale is something very special. 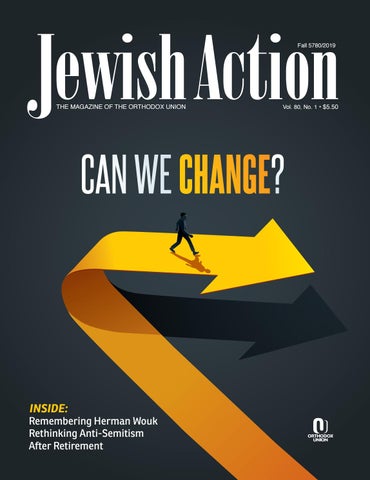 But where did finding a future in the past leave conductors of the previous generation? This is where it becomes easy to dismiss performances that ordinarily would be pleasing but, with the whole recorded history at your fingertips, start to feel workaday. Karajan in is clinical and lacking in the ardour of old; pinched phrasing and those same-old same-old slow tempi not cutting the mustard in the new reality.


Bernstein in with the Vienna Philharmonic is quite the revelation. There are some cranky tactics around — the transition in the finale from Adagio introduction to the Allegro molto e vivace takes so long that you can only assume Bernstein is waiting for planning permission. We observed that once aspiring leaders like Alistair awaken to the dangers of an excessively internal focus, they begin to seek kindred spirits outside their organizations. Simultaneously, they become aware of the limitations of their social skills, such as a lack of knowledge about professional domains beyond their own, which makes it difficult for them to find common ground with people outside their usual circles.

Through professional associations, alumni groups, clubs, and personal interest communities, managers gain new perspectives that allow them to advance in their careers. This is what we mean by personal networking. Many of the managers we study question why they should spend precious time on an activity so indirectly related to the work at hand. The answer is that these contacts provide important referrals, information, and, often, developmental support such as coaching and mentoring.

A newly appointed factory director, for example, faced with a turnaround-or-close-down situation that was paralyzing his staff, joined a business organization—and through it met a lawyer who became his counsel in the turnaround. Eventually, he found two mentors.

A personal network can also be a safe space for personal development and as such can provide a foundation for strategic networking. The experience of Timothy, a principal in a midsize software company, is a good example. Like his father, Timothy stuttered. When he had the opportunity to prepare for meetings, his stutter was not an issue, but spontaneous encounters inside and outside the company were dreadfully painful. To solve this problem, he began accepting at least two invitations per week to the social gatherings he had assiduously ignored before.

Before each event, he asked who else had been invited and did background research on the other guests so that he could initiate conversations.

As his stutter diminished, he also applied himself to networking across his company, whereas previously he had taken refuge in his technical expertise. Like Timothy, several of our emerging leaders successfully used personal networking as a relatively safe way to expose problems and seek insight into solutions—safe, that is, compared with strategic networking, in which the stakes are far higher. Personal networks are largely external, made up of discretionary links to people with whom we have something in common.

As a result, what makes a personal network powerful is its referral potential. According to the famous six degrees of separation principle, our personal contacts are valuable to the extent that they help us reach, in as few connections as possible, the far-off person who has the information we need. In watching managers struggle to widen their professional relationships in ways that feel both natural and legitimate to them, we repeatedly saw them shift their time and energy from operational to personal networking.

For people who have rarely looked outside their organizations, this is an important first step, one that fosters a deeper understanding of themselves and the environments in which they move. Aspiring leaders may find people who awaken new interests but fail to become comfortable with the power players at the level above them. Or they may achieve new influence within a professional community but fail to harness those ties in the service of organizational goals.

When managers begin the delicate transition from functional manager to business leader, they must start to concern themselves with broad strategic issues. Lateral and vertical relationships with other functional and business unit managers—all people outside their immediate control—become a lifeline for figuring out how their own contributions fit into the big picture. Thus strategic networking plugs the aspiring leader into a set of relationships and information sources that collectively embody the power to achieve personal and organizational goals.

Executives who oversee management development know how to spot critical inflection points: the moments when highly successful people must change their perspective on what is important and, accordingly, how they spend their time. Many organizations still promote people on the basis of their performance in roles whose requirements differ dramatically from those of leadership roles.

And many new leaders feel that they are going it alone, without coaching or guidance. By being sensitive to the fact that most strong technical or functional managers lack the capabilities required to build strategic networks that advance their personal and professional goals, human resources and learning professionals can take steps to help in this important area.

For example, Genesis Park, an innovative in-house leadership development program at PricewaterhouseCoopers, focuses explicitly on building networks. The five-month program, during which participants are released from their client responsibilities, includes business case development, strategic projects, team building, change management projects, and in-depth discussions with business leaders from inside and outside the company.

The young leaders who participate end up with a strong internal-external nexus of ties to support them as their careers evolve. Companies that recognize the importance of leadership networking can also do a lot to help people overcome their innate discomfort by creating natural ways for them to extend their networks. When Nissan CEO Carlos Ghosn sought to break down crippling internal barriers at the company, he created cross-functional teams of middle managers from diverse units and charged them with proposing solutions to problems ranging from supply costs to product design.

Nissan subsequently institutionalized the teams, not just as a way to solve problems but also to encourage lateral networks. Rather than avoid the extra work, aspiring leaders ask for these assignments. Most professional development is based on the notion that successful people acquire new role-appropriate skills as they move up the hierarchy.

But making the transition from manager to leader requires subtraction as well as addition: To make room for new competencies, managers must rely less on their older, well-honed skills. To do so, they must change their perspective on how to add value and what to contribute. Eventually, they must also transform how they think and who they are. Companies that help their top talent reinvent themselves will better prepare them for a successful leadership transition.

Operating beside players with diverse affiliations, backgrounds, objectives, and incentives requires a manager to formulate business rather than functional objectives, and to work through the coalitions and networks needed to sell ideas and compete for resources. Consider Sophie, a manager who, after rising steadily through the ranks in logistics and distribution, was stupefied to learn that the CEO was considering a radical reorganization of her function that would strip her of some responsibilities. Rewarded to date for incremental annual improvements, she had failed to notice shifting priorities in the wider market and the resulting internal shuffle for resources and power at the higher levels of her company.

Although she had built a loyal, high-performing team, she had few relationships outside her group to help her anticipate the new imperatives, let alone give her ideas about how to respond. After she argued that distribution issues were her purview, and failed to be persuasive, she hired consultants to help her prepare a counterproposal.

Frustrated, Sophie contemplated leaving the company. Only after some patient coaching from a senior manager did she understand that she had to get out of her unit and start talking to opinion leaders inside and outside the company to form a sellable plan for the future.